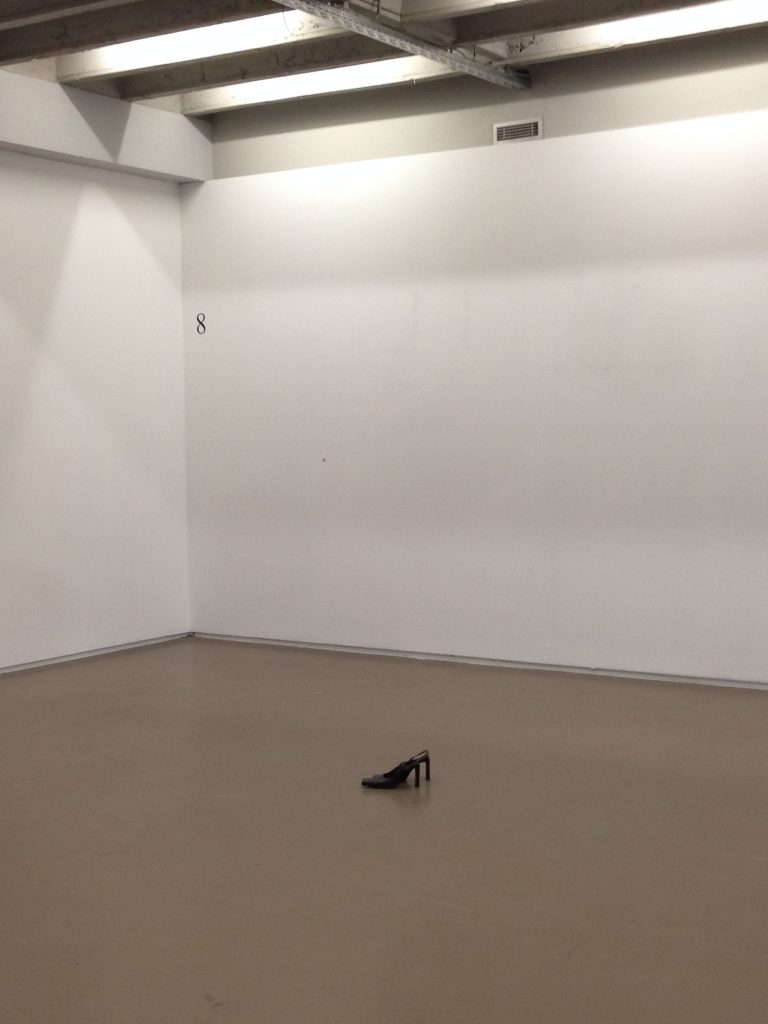 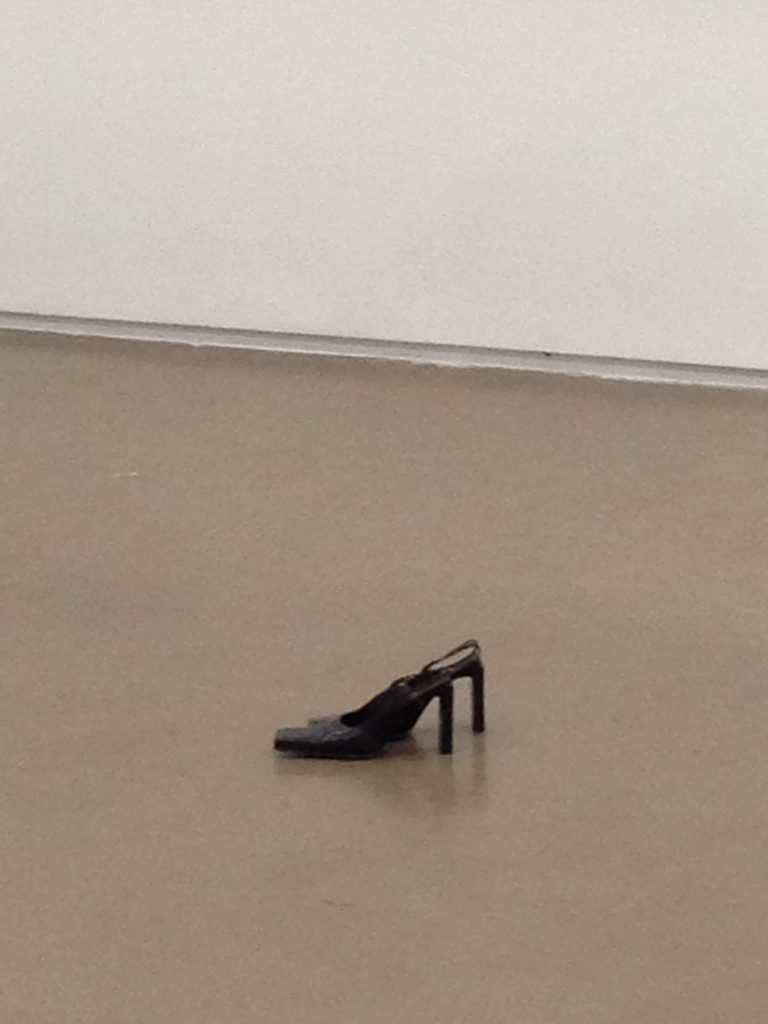 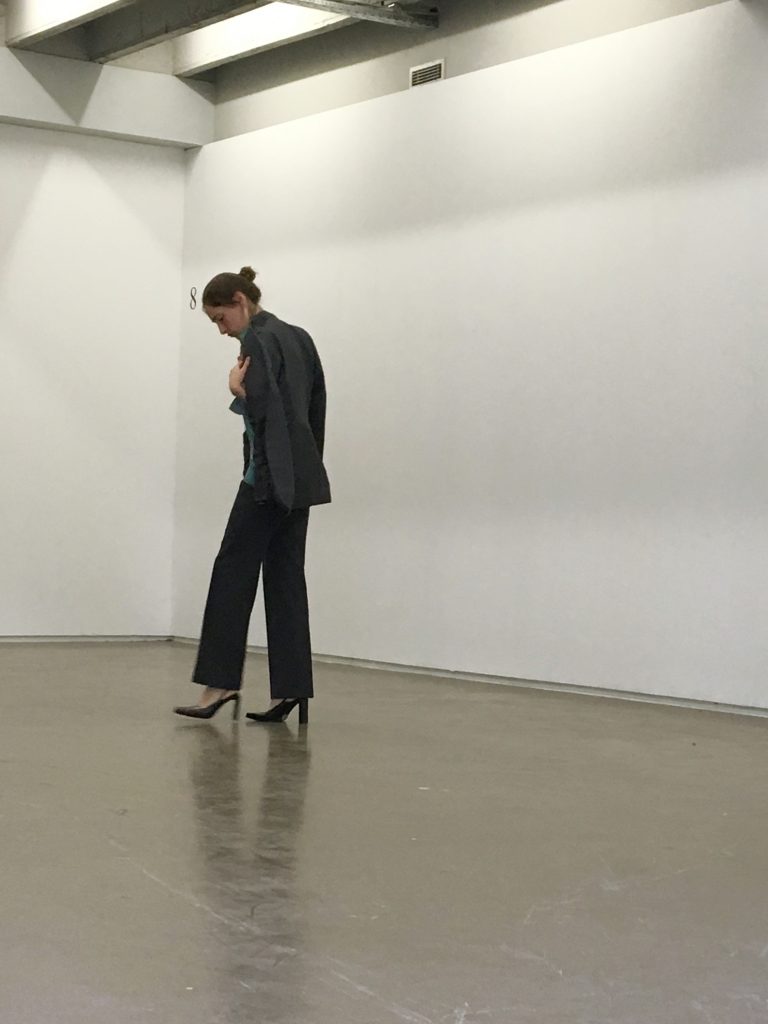 I am the item.
I am both the instrument and the environment.

I am the indefinite article as indisputable presence; a product as the result of a process.

I am the persuasion of merits. I abandon the principles for reasons of expedience. A cause for blind enthusiasm, a bind.

Can you sense this scent?
The almost non-perfume.
I am a free sample!
The synthesised by-product, an unintended but inevitable secondary result. I am the representative body.
If I perspire from commercial activity it is with the fragrance of this instant.
This very intimate instant. 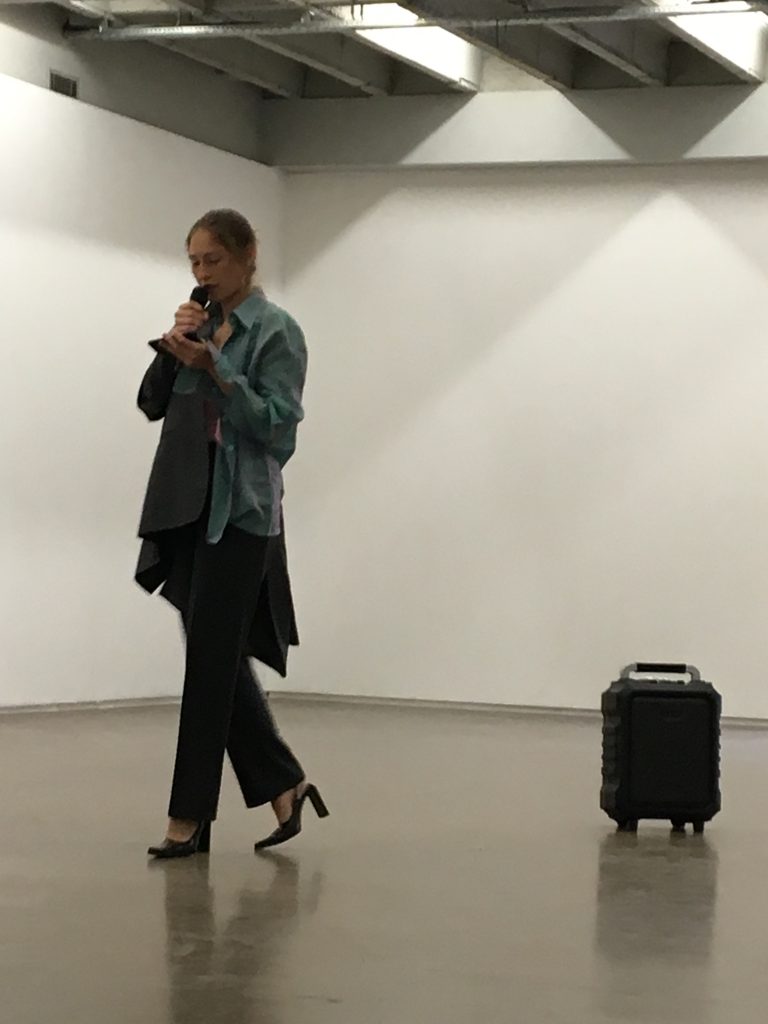 As a consequence of other parties going well beyond the maximum, I become both subject and object, a long list of accolades of which I simultaneously nominate and award the act.

This is an act.

This is the act.

The artist that I represent is the use-value, this hour is indistinguishable from work from life from life’s work.

We’ve paid 300 euros to the organisers of this fair to be able to tell you this. To sell you this.

This is a sale of ‘A sale.
The limited edition of 5 is a scarcity. A reflexive commentary.

I am the potentially perpetual income, relaxing in the permanent. I am a so-far unknown cost.

I am the exchange rate of work for work, a labour that is a rarity. I will climb as a finite stock as prestige on an aspirational index. I am the obscure and

I am the potentially perpetual income, relaxing in the permanent. I am a so-far unknown cost.

I am the exchange rate of work for work, a labour that is a rarity. I will climb as a finite stock as prestige on an aspirational index. I am the obscure and the unlikely owned in a market of pedestrian products.

I am an executive toy, a promotional tool.

This piece is hard. As it is not a piece. A piece is a something completed, fixed and consequently dead. The stasis of forms.

The ritual, socially rendered, culturally reproduced is a convention, a routine, the habitually conservative.

But I am the limited. I’ll unfold as a purchase signalling the aspirational self. I will exhaust the single narrative as a rapid complexity, the vast coherent incoherence as antidote to the handheld object.

I am not the I, I, singular, I am the I opposing the neutral experience. I introduce the materially non-existing, base-notes heavy with richness of unbridled independence.

But initiated into the style of society, with material blessings, I am a sparsely decorated private-property, the air refreshed. I am then, could be, the transparent catalogue, a carefully considered corruption, the desired discreet. The fabrication of fetish.

I am shifting tactics now. Instead of the she that was the I.
I am now a gift wrapped.
A figure fixed within a ceremony of fancy fascinations. I am the cult of value and rarity, I am the established taste.

I reflect the raw material of corruptibility. This, then, is the it of it.

It is the artful representation of the I. It is the imminent desire, desired with the intensity of presence. It is the unique value, the one off, without equivalence.

It is the body just underneath.
It is expectation.
It is the sweet and lacerating being of beings. It is the private perversion.

I am now the shown everything through the non-revealing of anything.

Appearing and disappearing with the promiscuity of bloated ambition, excessively wealthy and pampered.

I am the escort of things, of events on display in a private sale.
I am the superfluous elegance and the lucrative accumulation of obligation.

I am, now not here, but in a room, within a room within a room.
Grey minimal sofas with soft and supple seating obstruct the circulation of this room, clink, clink, a murmur is heard of talks about the-non-stop-travel as the exhaustive must to enter this room.

This is the there that will never be what it seems.
Manifesting as the presence of super essence, the high-brow back room is stuffed with cleaners. Sanitising the arena with purifying distance from the potential non-member.

My being-the-someone-through-socialising is a lucrative act. The extravagant pay-off of a well-managed system. Authenticity parasitism.
I am the sensational over the substantial.

An intimate act performed during a private audience, a tete a tete, and in this inside is where I passionately exploit the rituals of machinery.

I am the violence, the capitalism of time, work-time, life-time, all time. The rhizome doesn’t foster separation or passivity. But I am the triangle that expands our world and reduces it to nothing. A central organ in a complete vacuum.

It is a slippery narrative but trust in its incomprehension.

It is on sale in the sale, ‘A sale’.
It is not the author or the maker but the infinite price of unbelievable presence.
It is unique value, the pricelessness for sale.
It is the original, a one-off and a re-generative experience, the singular generating the singular.
The impossibility of virtuosity.

It is an experience-of-youth-generator. Refresh yourself!

You know it, the process of normalisation, the facade of freedom. You can own it, what you own you own yown, (yawns)

A sale is never a whole-truth, even as an uncovered secret, the known con, the lying producer is a natural presence in the social life, the socialite. There is no truth in the presence of the presentation of truth. A product is the product of a productofaproductproooooddductprr –

The work directly enters into dialogue with these guidelines. One of the requirements to participate in “not yet another fair”, on a “flexible platform” to “stimulate discourse around the economies of performance” is that the work is for sale.

Sanna Helena Berger does not make work on sale so she proposes a work that is a sale (performing the sale of the sale of a performance).
The call to explore “the economies of performance” is then “the performance of economies”.

A percentage of A sale will be donated to ‘23102015’.
The performance will thus “stimulate the acquisition of performance while finding solutions for its development and sustainability.”

23102015 is an Endowment Fund created by Guillaume Maraud, based in Paris dedicated to promoting critically engaged art practices, and a Research Platform on private philanthropy.
This will support the development of works that “stimulates discourse around the economies of performance”.

The sale will be managed by SUPER and finalised in ‘A private event’.

.. and then there is the Artist’s statement. 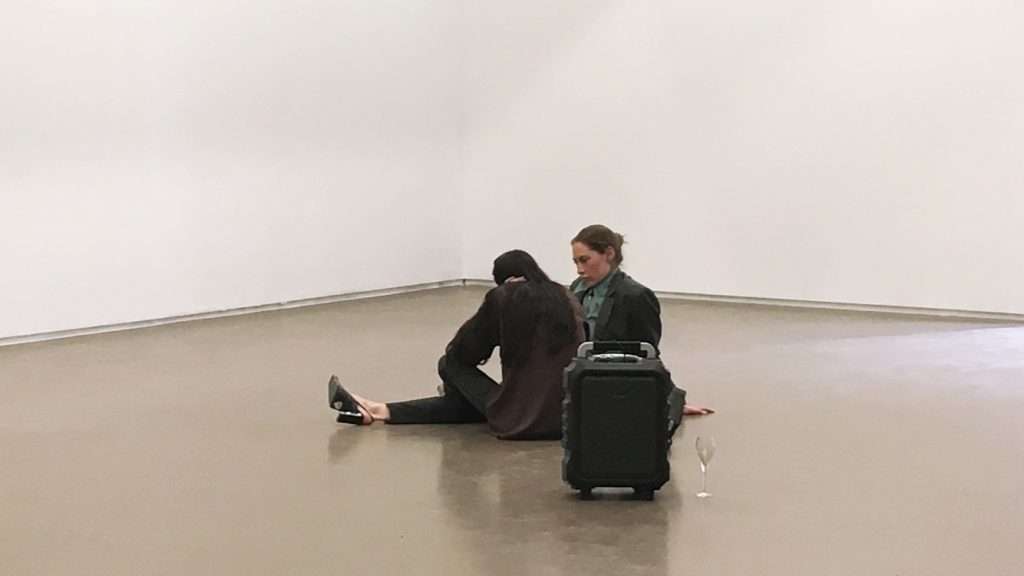 Confused, angry but pleasing. One wants it both ways. A presence endlessly oscillation between self-censoring and self-circulating, between invention and negativity. A steal within the economy of presence. Awake to the illusion that one could remain at a purifying distance from the marketable object hood of self.

It might all seem like anti market sentimentalism and this is after all the high- period of the manageably, moderately skeptical. The skill of appearing aloof whilst being an urgent object.

My self is codependent on the obligatory circuit of centrality. I am trying to maneuver the booth, but – and – this is the self – comes into the position of the object. Is the vitalism of this performance a superfluous elegance wasted on the abstract event on display?

Is my narrative a long and monotonous effort to advance the dialogue a facade of freedom? This is an exhausting labour to perform, it is a submission to an obsession with the ideal form of matter. The matter of the scripted turning into a spatial existence. There are immaterial barricades, pit falls and trap doors in attempting pure performativity without products.

Sex is nothing much, intellect only reach as far as it is the familiar uncanny power of nothingness, much like art is still claiming a special privilege and behaving as if it had one.

We desire value and we value desire but we de-value desire as fetish, the non-trade of transactions. I can’t make a living like this. There is no pure form, there is the purely formal which imitates form. But it is the constant rearrangements of things. Things on sale.

A presentation, an artful presentation of the referential archive, rearranged so as to give the illusion of something new, not something borrowed or something old, but this
is a lack of sensibility which gives the commercial mass the material values of the bourgeoisie culture of things.

Attraction is referential, my proposal is the other voice. The parallel narrative. You are not the lack of sensibility in the life-world, it is the ones

who possess the ability to be logos. The popular reception of works of high culture should arouse sceptiscm.

You gaze at the other with the gaze of the other, role playing cultural agents of an elite mass. Which is dense and dull and thuds when you beat upon it.
Like the hollow drum pounced on with conservative force. It is almost the not- performing of a non-performance but then only-sometimes does dialect change a word, you knew the meaning of, into the sound you don’t recognise.

I don’t only perform sometimes; I sometimes only perform. I surrender myself to champagne, or it is usually not champagne, we just call it what it isn’t as we call almost nothing by its name. A scent named heavy musk feels like sweet sickly vanilla so what weight does a name have? If I give myself a name, what names me? What is the I in the pronoun of they? I give myself the name of richness of focus,

I am a statement piece of jewelry; I am the purely temporary of forms.
One day something so entirely something and then rearranged, as discreet arts that imitates that which pre-exists them and distract from the abstracted cross marketing of collective infatuation. Through individualism you recognise my characteristics.

I can tell one black thick rim of acetate from another since materials is the mimicry of capital. Shades of dark blues and black, once a faux pas, now an appropriated code, a known accent for all that is dry clean only.

One way to sell something is to scandalise but this is a
provocation which in a contemporary setting completely lacks meaning. 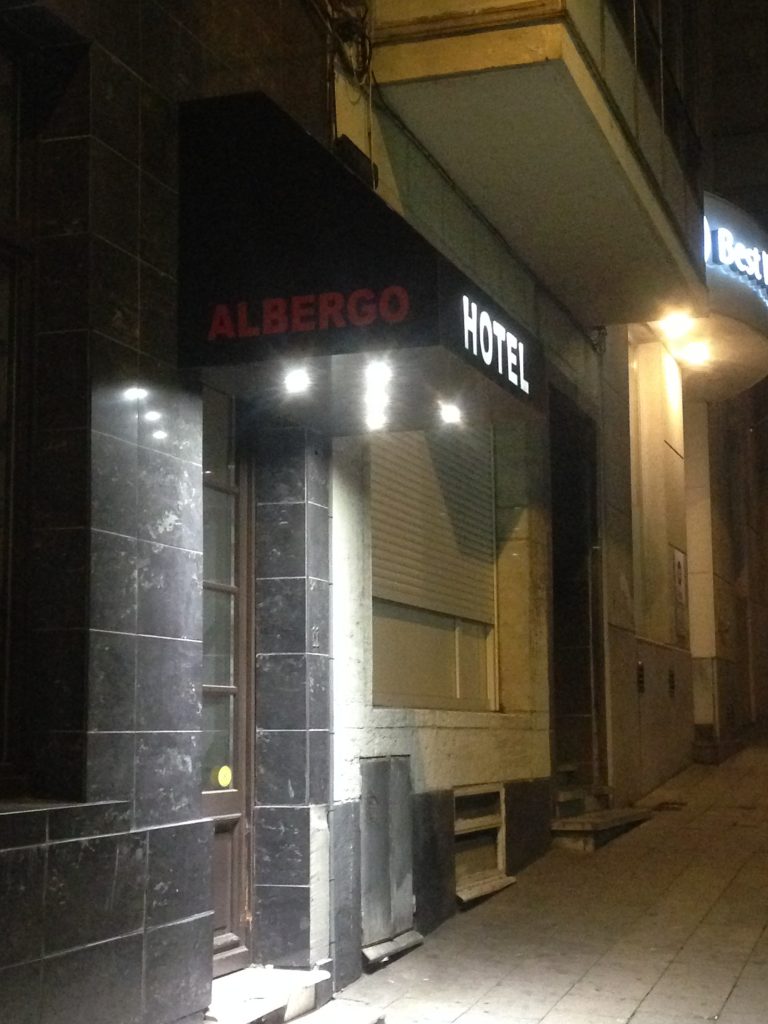 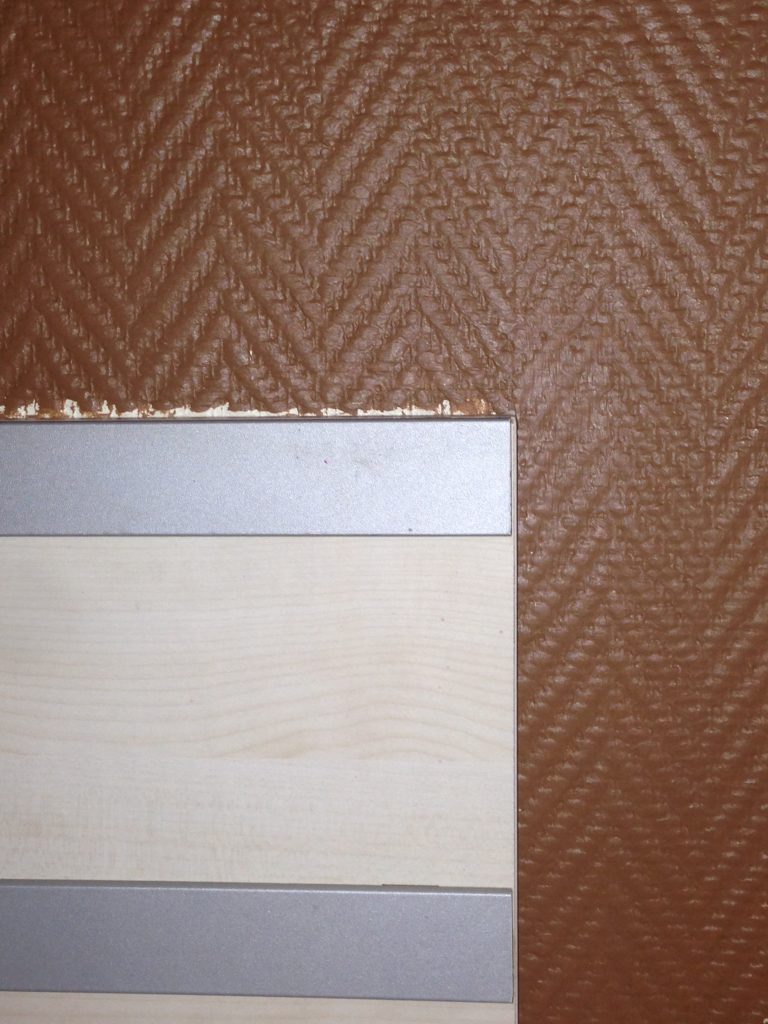 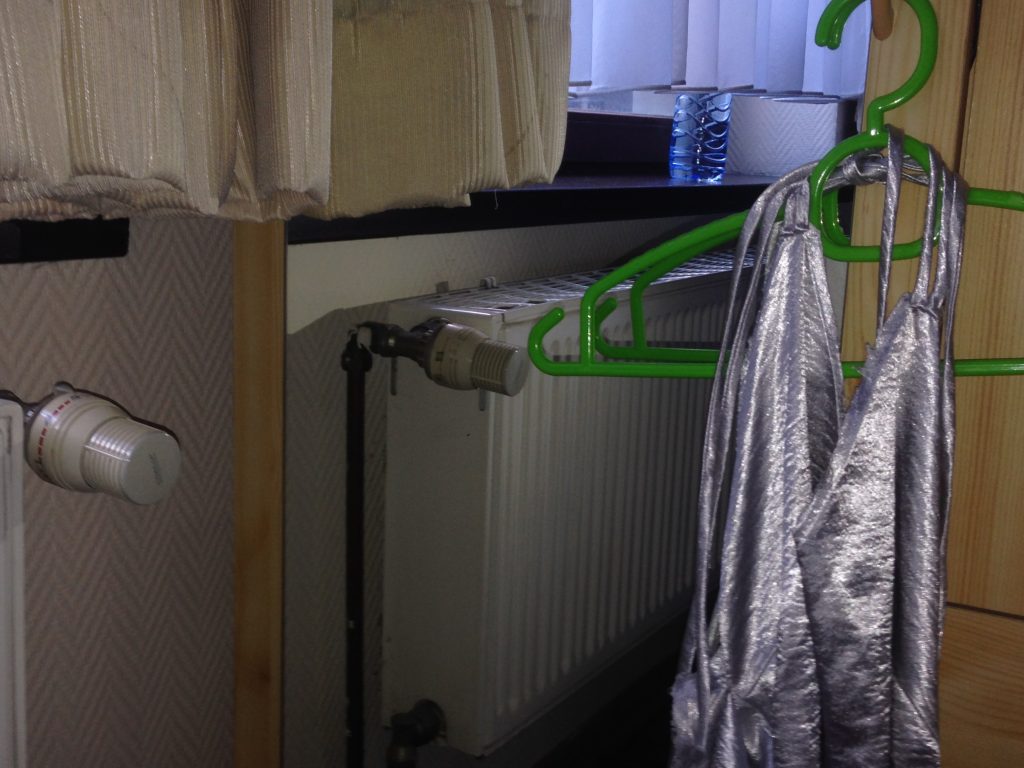 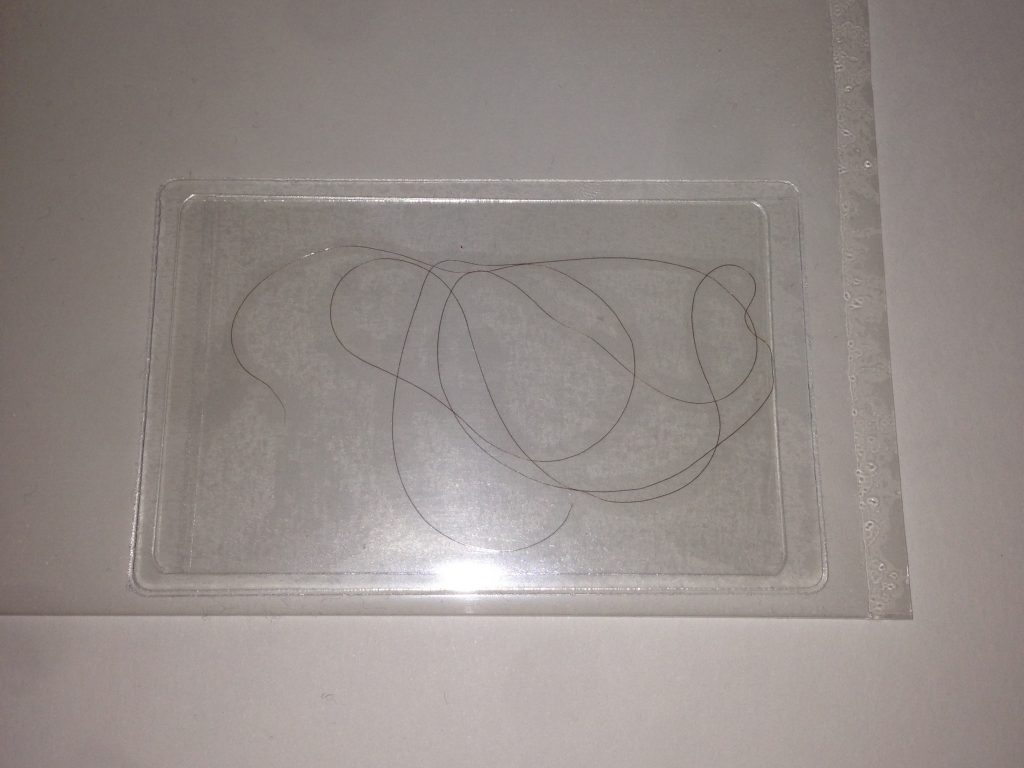 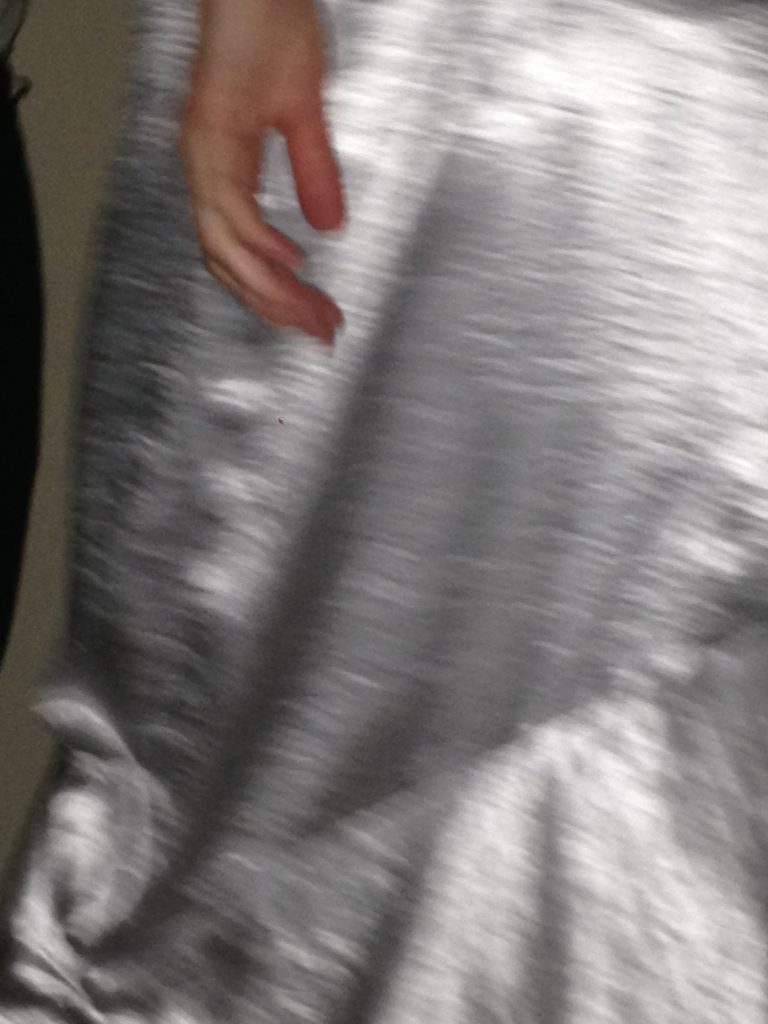