The topical lament is thrown off balance and into the mix

Reflected from a personal place
Performed in a public setting

A sentiment abstracted but absolutely ordinarily honest
Written from an entirely un-exclusive setting
This prelude remains unrevised
Jotted down just last night as our daughter
Cries for sleep and I think mostly of her but partly of introducing
Of what this work is speaking
Of fatigue
And of joy
Of tragedy and its comedy
Of bodies which intertwine, which repel and repress
Of paradoxical laments
Of withdrawal and togetherness

Which even in these in-between moments
compel me to write
As a persona; A sonata.

A mirrored surface creates a wall
An unintentional side effect of self-contact
The reflection negates itself and fails as figure, falling flaccid.

When the value of life becomes economically described
The societal structure is inherently bankrupt
A nest of negligence. The profane acting as sacred.

And it causes the audacity of claiming calamity
Lamenting the tragedy of departure from expected social ideals
From melancholic material matter which seems to matter more than most
Vocalising this material loss, localising this material loss, which in contrast to the dispersed body,
the perversed body, the entirely overtaken body, seems so little but manifests so big and loud and strong.

Simmering in a welcome stand-still of embrace  of non-transactional care and contact
Lingering in the lavish luxury of liaisons
Done with demonstrating one’s value through pure performativity of presence.
Sans touch but entirely mingled, oscillating back and forth on a progressive wave

The delicate self speaks of the cultural capital in jeopardy.
Echoing their access to the upper echelons in the established order.
In this scene in which we see ourselves set as a still life  – A mis-en-place, placed in plentitude.
In utter abundance and opulence in a crisis of sparse co-existence.

And whilst beings become numbers and data which abstract bodies
and these intense powers of abstraction reduce even a magnitude to nothing
The many-faced self-recognition becomes a blurry vision.

A frame which freezes then speeds up per automation, mingled beyond recognition.
This is an extension of my present condition
The motif of disembodiment

The dispersal body
In parts, then not
Interprets actual lifelessness
Exodus of consciousness
Memory of movement

This is a chance to recoup

Setting out to locate the I in the following
The I in the masses
A body of bodies makes more tissue, harder holding
Weightily woven, wearing well

A close-knit platted braid, curling bodies coil around the projected self
A solo centres their swimming displacement

This absolutely unoriginal meditation
In which the suspended body becomes alert

And when an arm slides through she is still inside

It is a tiny distance but a huge measurement

To exit the I as a whole

An entirely moulded
So moved, so stable 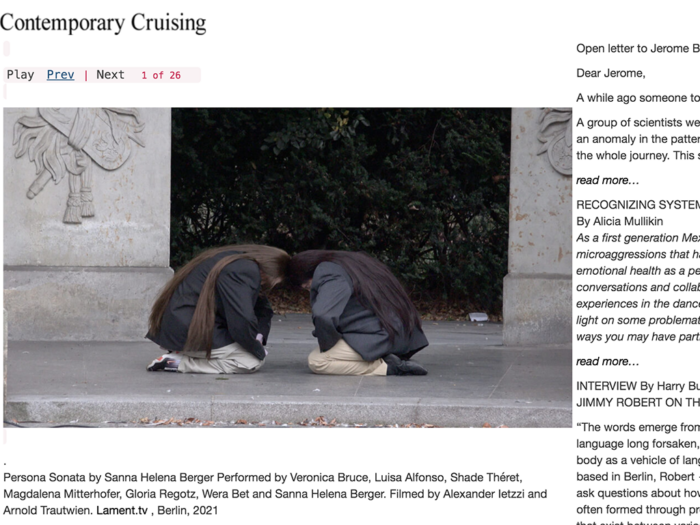 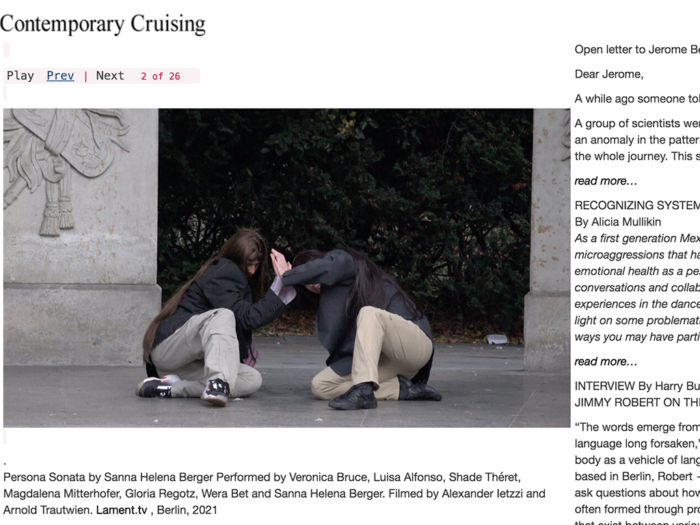 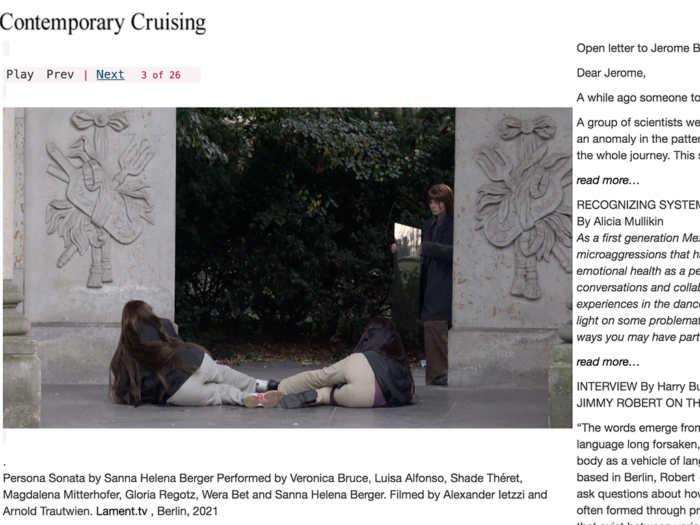 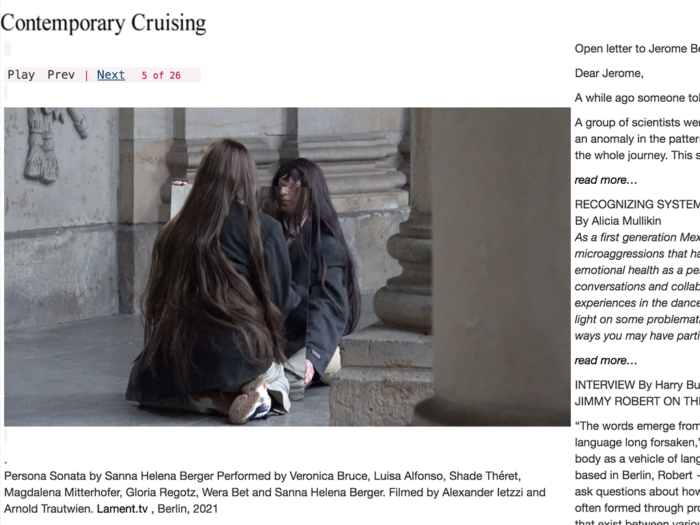 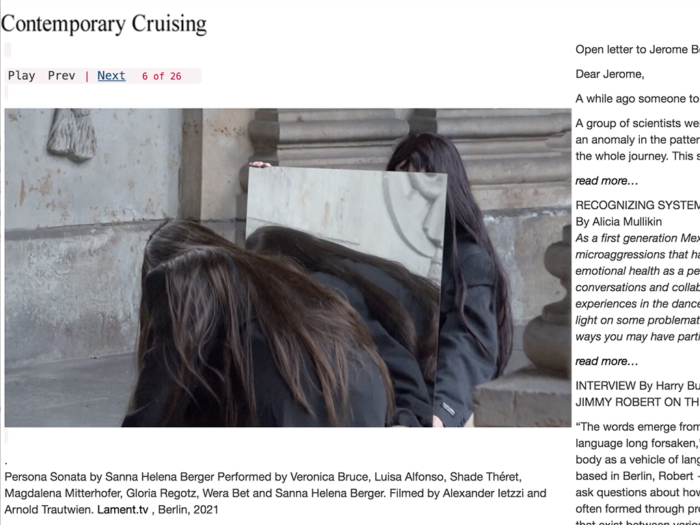 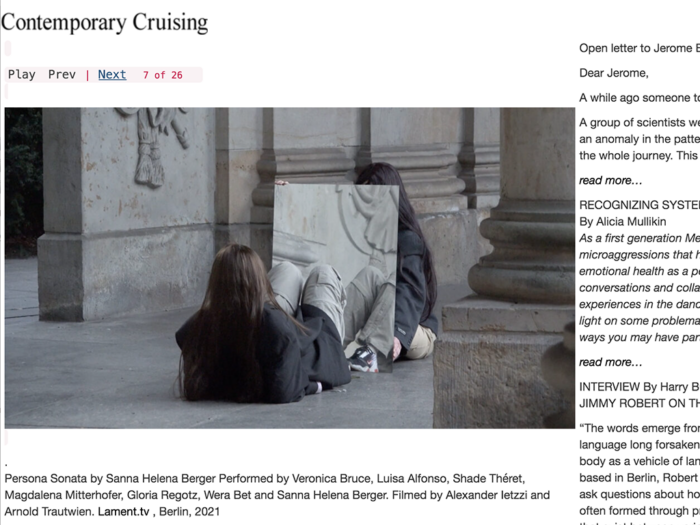 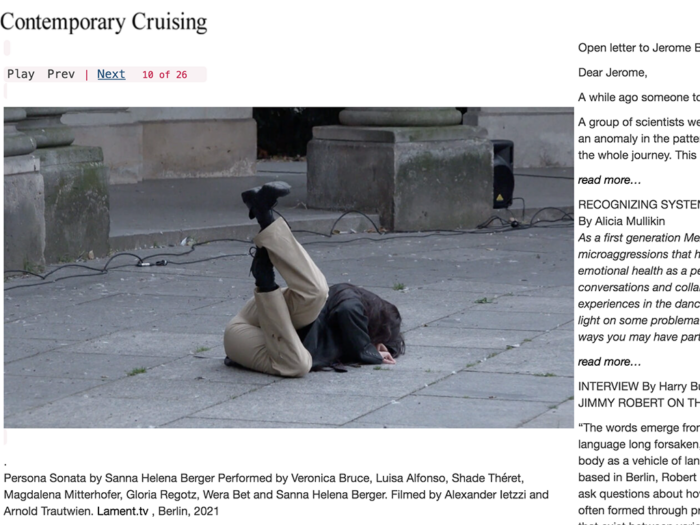 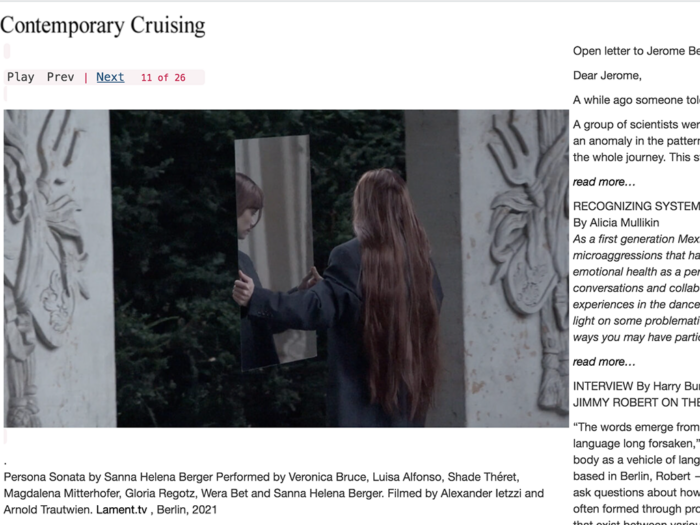 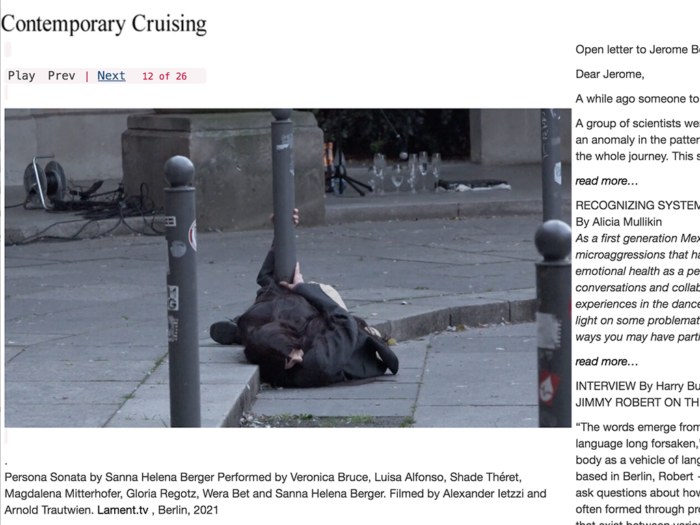 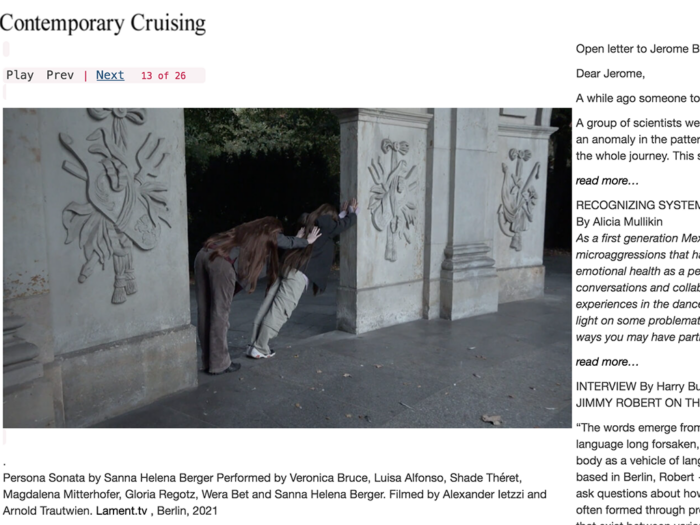 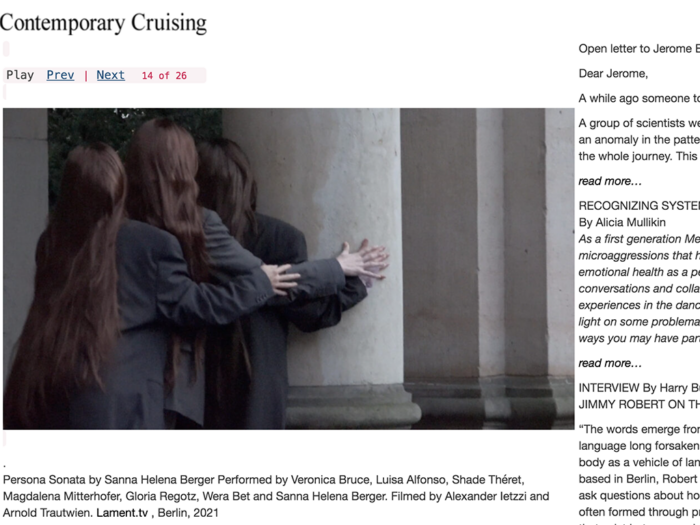 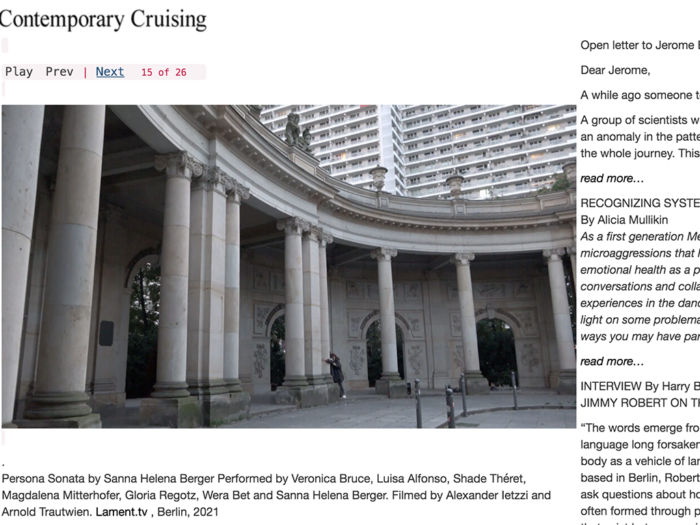 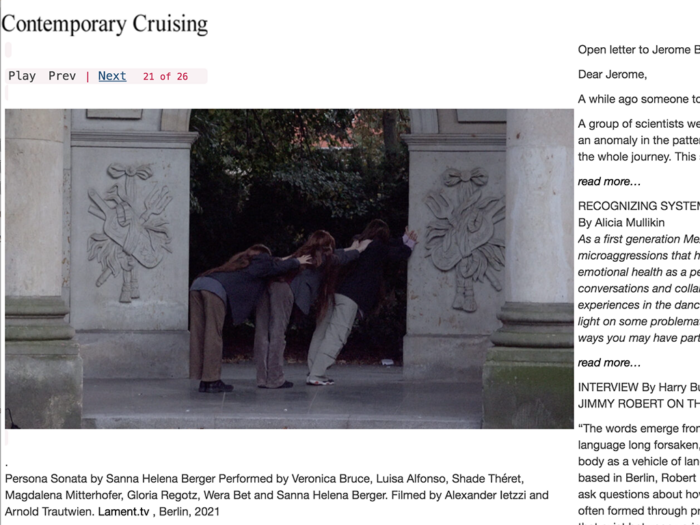 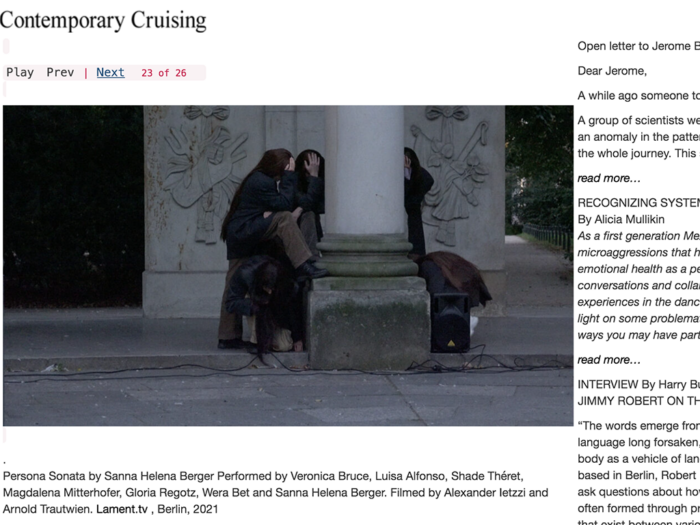 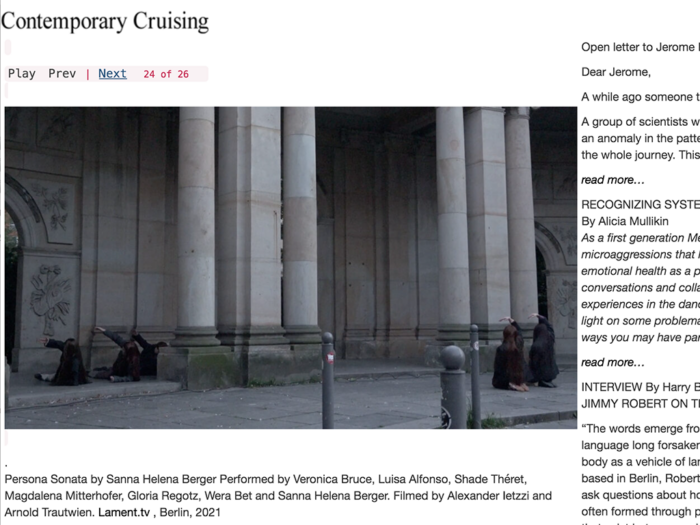 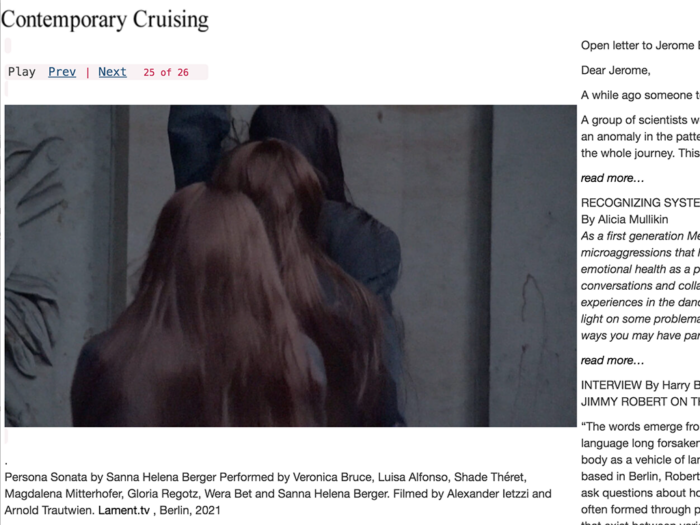 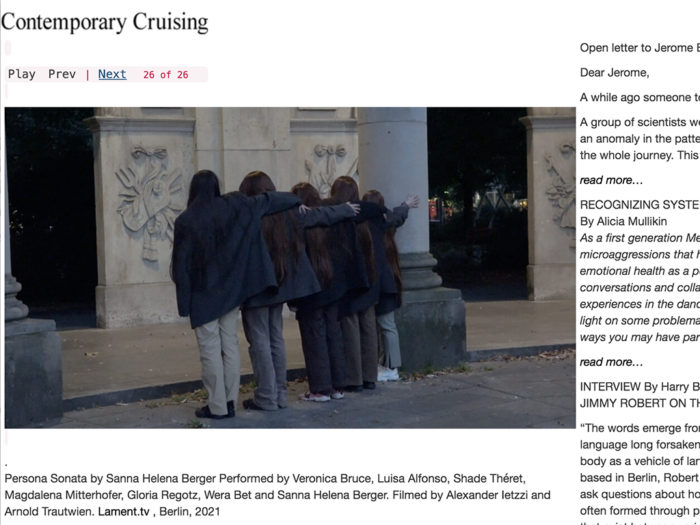